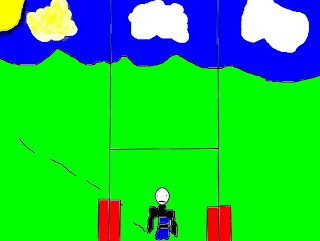 On Saturday my team called ponsonby ponies vs waitamata sea eagles the first half I was first sub with my team mates called Alayna, Nathan, and Veana. My cousin Kobe was the first one to get a try but when it was their turn to tap they went every where until Elijah tackled him. At the end of the game we had prize giving in our club room I was so scared that I would get nothing but I did I got player of the day I got some chocolate but I was so dirty so when I got home I had a shower then I ate them. I felt happy because we won 6-4.
Posted by Room 14 Seekers of Knowledge at 11:42 AM